For those that want a little bit more breakdown here are my thoughts on today’s slate,

5 game slate today for LCS.  Due to the circumstances in the world right now, all eyes are on the esports tab in DK and FD right now for the first time.  There are huge tournaments today that have never been seen before in the industry.  Huge opportunity to make some money if we want to put in the work.  So let’s get into it.

As I believe that there will be quite a few new faces in the contests this weekend, I think it may be helpful to go over a few things.  The first thing to know is that within your lineups you want to draft only players on teams that you believe are going to win the game.   Players on a losing team score very few points with few exceptions so it is very important to draft winning players.  Secondly would be stacking, as with most DFS sports stacking is the optimal way to build a lineup.  Game stacking is not optimal and is a very risky play so I would not recommend it.   The most common stacks I would say are a 4-3 stack or a 3-3-1 stack.  Typically, you are one offing top laners as they typically work least with the team.  The most important stat in my opinion for LOL DFS is Kill Participation.   The best way to score is getting kills and assists so players with more kill participation score more points.

Ok so let’s get into the Saturday LCS slate,

So today again because of the world circumstances last week’s games were canceled, and as a result of that this week we will have the first 5 game slate of the year.

TSM(8-6) vs GGS(6-8): First game of the slate and I would say one of the higher owned.  I expect TSM to be pretty high owned as they have cheaper carry positions and are a -335 favorite according to Bovada.  This week I expect the big favorites to be more owned as most tout sites are just introducing esports so they will most likely steer their members towards the highest favorites since there isn’t a ton of other stats to dig into.  I do like TSM here.  I am focusing them as more of a secondary stack but they are definitely viable to be the main stack in your lineup.

C9(13-1) vs 100T(7-7):  As can be inferred by the records, in this game we get the biggest Vegas favorite on the slate in C9 at -500.  With that, this is my favorite stack of the slate I like Blaber, Nisqy, Zven, and Vulcan along with the C9 team spot.  Licorice has a tough matchup vs Ssumday and so I want to find a more optimal spot elsewhere.  I think that C9 dominates this game.  They control all the objectives in their games and usually smash their games.  Typically, having a team spot in the captain is not extremely optimal as most of the time, even in a win a team spot’s score is usually capped at about 30 but I think in smaller field GPPs and cash games this strategy is viable.  I don’t hate this strategy as it lets you stack up C9 and have a decent secondary stack.  C9 averages 15.1 kills per game which is 3.5 kills more than the next highest team so I will be trying to get them in as much as I can.

TL(6-8) vs EG(7-7): This should be a good one.  TL has been a huge disappointment this year.  The 4-time defending champions have really struggled this year.  This game will be lower owned I would assume but it’s a tough call on who will win.  If you prefer one of these teams in your lineups by all means stack either side but for me, I think it’s a pass.

DIG(5-9) vs CLG(3-11):  Although this is a game between the bottom two teams in the league I think its probably the most important game on the slate.  Selecting players from the winner of this game allows you to stack the higher-priced players you want and also can allow you to not have a team slot as your captain.  These teams are kind of low in terms of kills per game, but I think that this game could be an exception as I expect it to be bloody. If CLG wins, it is likely that Pobeltor and Wiggly will have huge games.  If DIG were to win I would expect Johnsun to have a big game and I think Huni the top laner for DIG is someone to keep an eye on as well as he has a decent matchup in the top lane against Ruin.

FLY(8-6) vs IMT(7-7):  The final game of the day is between Flyquest and Immortals.  I do have a bit of a theory that IMT will be somewhat owned due to the fact that FLY is only a -185 favorite but I like FLY here.  I think that they can figure it out after a bit of a tough stretch here in the middle of the split.  PowerOfEvil would be my favorite on FLY followed by Viper. 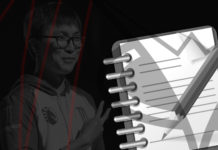