The preseason can be really profitable if you nail a core group of players. Similar to NBA we are looking to attack minutes. Anybody we get word will see high volume of reps, we are interested in. Just like regular season, we are looking to stack up a QB with play makers to take advantage of correlation.  This is the week starters get the most run. That may mean 1 quarter or a maximum of 2 quarters. Even in less time the starters are more likely to produce and score points, however the backups will have more minutes/opportunities and will be very low owned. You can take down a gpp with a low owned back up that goes off. I like to get a mix of both starters and some fliers on back ups with upside. I have scoured beat writers, Team Previews, and Twitter all day looking for news and below is what I plan to use today. I will do my best to drop any pertinent news in the slack today after the MLB show. So likely between 6:30-7:00PM eastern time.

***I am going to go game by game with some analysis.

Atlanta Falcons – expecting Ryan and some starters to play about a quarter and a half. I am more interested in the second unit guys fighting for jobs. Will have minimal exposure to this team.

Washington Redskins – I do have quite a bit of interest in the Skins today. They have the third highest implied total on the slate. My decision making is going to depend on McLaurin. If we get word he is playing I will play Keenum with McLaurin (STUD!!). If he is out then I actually prefer the Redskins second unit guys against the Falcons defensive back ups. I would then pivot to Haskins with either Kidsy or Davis or even both. I love triple stacks in the preseason. I also like the Redskins D if you want to go Onslaught style or as a one off.

Cincinnati Bengals  – I personally think the Bengals are a trap this week, but they do have the second highest implied total and the back ups balled out last week. Finley threw 2 TD’s last week including one to Drew Sample (TE) who will not play, opening up a ton of playing time for Mason Schreck. I do not think Schreck is very good but he could play over 75% of offensive snaps today. In my experience a team that goes off the prior week very rarely does it again in preseason. I will not have any but these are the guys I would play if I did.

New York Giants  – It seems like the giants are going to have to many mouths to eat today. It appears that 3 or even 4 QB’s may get minutes. I really do not see myself playing many Giants outside of the two below.

Carolina Panthers – The only starters that I think get enough time to be worth it are the receivers. Jordan Scarlett is one my core plays on the slate as CMC should only play a couple series. If Tom Brady is ruled out I love the Carolina D.

New England Patriots  –  If Brady is ruled in I think he will play close to a half and like pairing him with Meyers who is one of my favorite WR’s on the slate and has been productive all preseason. If Brady is ruled out then I probably add Harris into my player pool.

Philadelphia Eagles – Waiting to hear if McCown who was just signed because all the Philly back ups are injured, will get playing time. It is possible he gets a ton of snaps to fast track his development into the system. Whiteside has been a beast similar to Meyers on the Patriots all preseason. I probably don’t mess with the running game, but if I did it would be Sanders.

Baltimore Ravens – The Ravens are another team I don’t think either group gets enough time to have much impact. The defense is a core play though.

Jacksonville Jaguars – The Jaguars are expected to stick with the youth for the majority of the game. If one of these two RB’s got ruled out the other would become a core play. At this point they are just 10-20% exposure plays for me.

Miami Dolphins – If we get some confirmation that FitzMagic will get 2 quarters or more he could rise to the top 2 or 3 QB’s on the slate for me. They should get a third string and worse look from Jacksonville for most of the game, which has me thinking onslaught. If we Fitz looks like he will only play a quarter or so, then I likely stick to the Defense and Nick O’Leary.

Green Bay Packers – I don’t expect many of the starters to play much here. Kumerow has been producing since last preseason and Tonyan Jr is expected to get a huge workload. 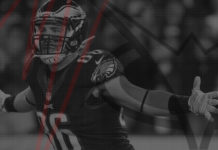 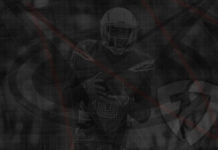