Fucking Spieth still can’t make a fucking 5 foot putt. You want guys that are within striking distance of the lead or guys you think that can go on a run to the top over the weekend. I like guys that are attacking for the win to put up big scores. Being in Hawaii this round is ending late. So here are some of my plays I’ll be playing on weekend golf. I normally go light on the weekend just for fun. The edge in golf is getting 6/6 through the cut.

Harman
1st (-13) Playing unbelievable. Will be high owned so can fade him. But looking really good.

Schniederjans
T4 (-9) Right now and dude is a big scorer when on.

ZJ
T2 (-10) Came out in Round 1 on fucking fire. Cooled off today but I don’t see him going anywhere. He is a perfect for for this course and attacking for the win. Won this tournament in ’09.

Kisner
T10 (-8) He’s been my favorite golfer this week since I first started researching. Checked every box this week and had a terrible Thursday before coming back today.

Gooch
T6 (-9) He was one of the last ones I cut out of my article before publishing it. Obviously wish I didn’t. And has the greatest name in sports GOOCH!!!!!

Hoge
T2 (-10) Playing much better then I thought he could this week. Don’t want to miss on his weekend after I just missed his first 2 rounds.

Spieth
T48 (-3) If dude could make 5 foot putts he’d practically never lose. Has not been good. But he’s still the best golfer in this field and could explode for a huge day or 2 to end this tournament.

Knox
T12 (-7) Was a risky option to make the cut but he’s on his game and when he is he can put up some big scores. 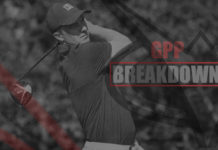 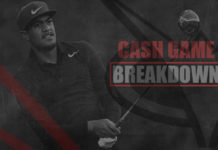 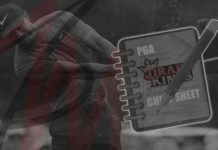