What’s up WiseTake nation? I’m ThunderDan and I couldn’t be more excited to be officially joining the WiseTake NBA team this season.  I’m a die-hard NBA fan and degenerate DFS player.  I play on both Fanduel and Draftkings and I always try to tailor my article towards both sites because I know a lot of players also play on both as I do.  I’ve been playing DFS for 6-7 years and I’ve been writing about DFS for almost 2 years now. I love playing and I love writing, and I am pumped to be able to help provide you with some quality content this season.

If you’re playing preseason NBA DFS it’s likely for one of the following reasons. 1 – you are so excited for the regular season that you can’t help but make some lineups to pass the time. 2 – you are a degenerate DFS player who’s trying to get an edge on the field and win some money. I’m not sure which of these categories that I fall into, but it’s probably a little of both. Either way, we’ve got a nice little 3-game slate on tap tonight locking at 7:30. So read up now, check back for lineups later this afternoon, and then set those lineups before heading out of the town for your Saturday night. Today I’m going to take a game-by-game approach since there are only 3 games, but on bigger regular-season slates my articles will probably look a little different.

The Celtics travel to Cleveland to face the Cavs tonight in the early game and both teams just met on Tuesday when the Cavs prevailed 102-95. With some starters sitting for both sides tonight, this is definitely a game we can target with a few safe, high upside plays.

With Kyrie Irving and Gordon Hayward already sitting, the rest of the cogs of the Celtics machine are in play tonight. None of these guys stand out as must plays, though, considering Coach Stevens has been spreading everyone’s minutes out. Smart had the best stat line and the most minutes from this group the other night, but Rozier could be sneaky since he’s priced up and burned everyone as mega-chalk on Tuesday. Tatum and Morris figure to get a few more minutes and shots with Hayward out, but again it’s tough to know who to target on Boston since they play a balanced style of basketball.

With George Hill out, Sexton is my lock and load play for the slate. He should be chalky, but there’s not a ton of options on a 3-game slate, don’t overthink it. He led the Cavs in minutes with 22 in their first game and should get at least that many, maybe a few more tonight. He shot the ball well, going 5-11 from the field and made both his threes. The kid is showing why he was a lottery pick, he’s a talented scorer who should get plenty of shots up tonight.  Osman might be a little sneakier, but I love him tonight, too. He does a little of everything at the SF position and was able to put up a nice 11-7-4 line in only 19 minutes on Tuesday. I expect him to soak up some of Love’s usage and minutes tonight.

Both of these guys are GPP-only sleepers coming off the bench. Clarkson is a high usage player who should get more shots with the second unit since Sexton is starting, while Nwaba is more of a scrappy stat-stuffer who grabs boards, gets steals and can get some buckets. He managed 12 points and 4 boards in only 12 minutes the other night so a few more minutes tonight might make him viable since he’s fairly cheap.

Oladipo played half the game on Thursday and put up 24 points on 18 shot attempts. Not exactly an efficient outing, but the volume is there. And his upside with blocks and steals is always huge, so if we get word he’s going to play a similar amount of minutes tonight he’s a lock for me at SG.

With Thad Young already ruled out tonight, TJ Leaf is an easy plug and play. He started on Thursday and played 33 minutes, going absolutely nuts for a 13-12-4 line and 3 steals/blocks. Sabonis played more minutes than Myles Turner did (25 to 20) and also smashed on Thursday with a 15-12-2 line. I can’t see the Pacers wanting to run Turner more than 20 minutes since his health is always something they worry about, and Sabonis is actually a superior per-minute-player anyway. I think all 3 of these guys are solid plays tonight and cash-viable (if you’re nutty enough to play cash in NBA preseason!)

Dougie McBuckets is purely a GPP flyer for me based on the fact he played 35 minutes in the Pacers first game. He made only 1-8 from the floor but grabbed 6 rebounds and had two assists, so if his shot is falling tonight and gets another big chunk of minutes he could easily pay off his price tag.

The Grizzlies just played last night, and I think everyone is expecting them to rest veterans Mike Conley and Marc Gasol on a back-to-back. Even Chandler Parsons could sit tonight, which would open up even more minutes on the wing.  IF these veterans sit, then JaMychal Green is the Memphis big man I want in my lineups, with Brooks being the guard I’ll have the most exposure to.

Jay-Mike put up a solid 13-9-3 line last night with 2 blocks in only 22 minutes and would see some extra shots with Gasol out.  Meanwhile, MarShon Brooks made his preseason debut and scored an easy 18 points on perfect 7-7 shooting in only 18 minutes. Last season he was an elite fantasy player down the stretch when Memphis benched everyone the last few weeks, and he could step into more minutes tonight if Conley or Parsons sit. He’s a scorer and he’ll get his shots up anytime he’s in the game.

I love this Jackson kid. He’s a lot of fun to watch. His offensive game is still very raw but has shown the ability to rebound and rack up defensive stats. He played 17 minutes last night, the most off the bench for Memphis and it would be logical for them to want to continue to get him as much run as possible to develop his game and see what he can do.

I’m not a Dillon Brooks fan, but there’s no denying that he can score in bunches when there’s a lack of other offensive options. He’s worth a flyer tonight, but I do like MarShon a good bit more.

This game should be a lot of fun and has some awesome DFS potential, but with it being 2.5 hours after lock just be careful with who you play here and be sure to check twitter for any updates as close to lock as you can. Hopefully, we get word from either of these teams if they plan to sit anyone who really matters tonight. As of right now, the Clippers have already ruled out Lou Williams. Meanwhile, the Lakers have not ruled anyone out, but Rajon Rondo and Lonzo Ball could both play tonight after both sitting out on Thursday.

Man, this feels too easy but if both these guys are in the lineup tonight, get at least one of them, if not both, in yours. With Lou Williams out, these two wings carried the Clippers offense on Wednesday night attempting 21 shots between them in their 21-22 minutes on the floor. Harris had 23 points and the Rooster had 22.  They may have shot unsustainably good (7-10 and 8-11) but the point is that both of these guys are going to be putting up a ton of shots when their in the game. In a game that should be high-paced and high-scoring, they’re in a great spot tonight.

The rookie SGA (can we just call him that, his name takes so long to type and I’m probably going to misspell it like 100 times) got the start on Wednesday and had a quietly efficient night with a 12-2-5 line on 5-8 shooting. He was impressive in summer league and it looks like he’ll get a chance to compete for minutes in the backcourt with Pat Beverly, Avery Bradley, and Lou Williams this season.

This the Lakers fourth preseason game and I’ll continue to target their two young stars first in preseason DFS contests. The minutes have been there for both of them, other than one game in which Kuzma got a little dinged up. Thursday night they played 34 and 31 minutes, respectively, with Ingram putting up a massive 31-9-3 line and Kuz having a respectable 17-6-2 line. The availability of Rondo and Ball is huge here, but if both of them sit then I’m locking Ingram and Kuzma in a bunch of lineups. It’s also possible that Lebron could rest tonight, which would only make me want more of the young Laker studs.

Hart’s been seeing a ton of floor time this preseason and played 36 minutes Thursday night, the most on the team. He’s not a high usage player but is usually really efficient as his 17-5-1 line on only 4-8 shooting shows (he was also 7-10 from the line). JaVale McGee turned back into a pumpkin last game and I’m not that interested in any of the other bench pieces for the Lakers.

If you ever have a follow-up question on my article or just want to talk plays, hit me up at @ThunderDanDFS on twitter and our WiseTake premium members can always message me in the slack. Thanks for reading and good luck in your contests tonight! 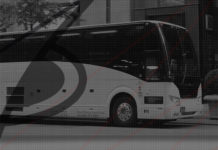 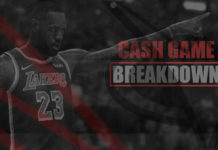